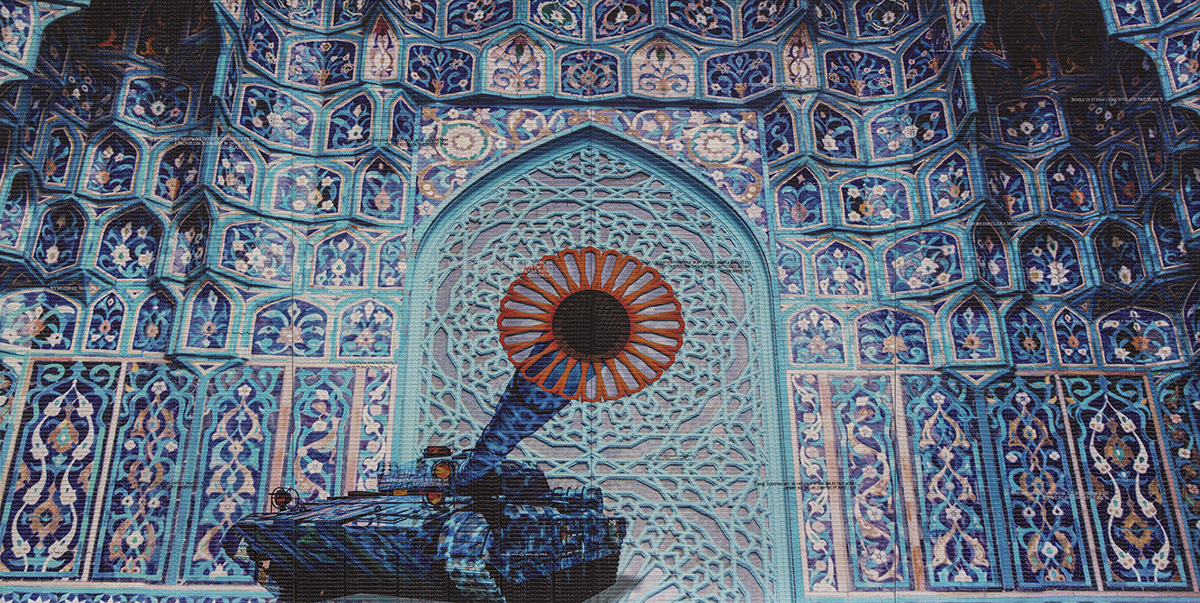 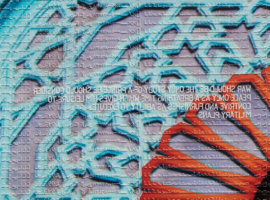 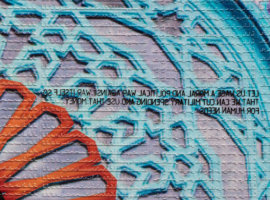 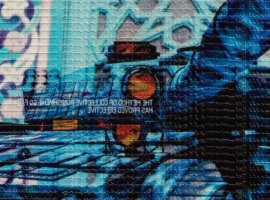 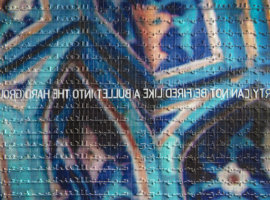 Gharem frequently uses Islamic architectural settings in his work. Here he employs an Iranian mosque as the backdrop for this monumental “stamp painting,” which depicts an army tank (a common sight for Gharem, a lieutenant colonel in the Saudi Arabian army) with a giant orange daisy protruding from its canon. The flower and the colorful tile decoration of the mosque façade belie and even disguise the deadly nature of the armored vehicle. For the artist, this form of camouflage represents his own critique of theocracies that prey on sincere religious beliefs by promoting a message of intolerance toward adherents of other faiths. For LACMA’s audience, the combination of weapon and flower may be reminiscent of some of the antiwar imagery from the Vietnam War era; this powerful work perhaps takes on a new meaning once transplanted to American soil.