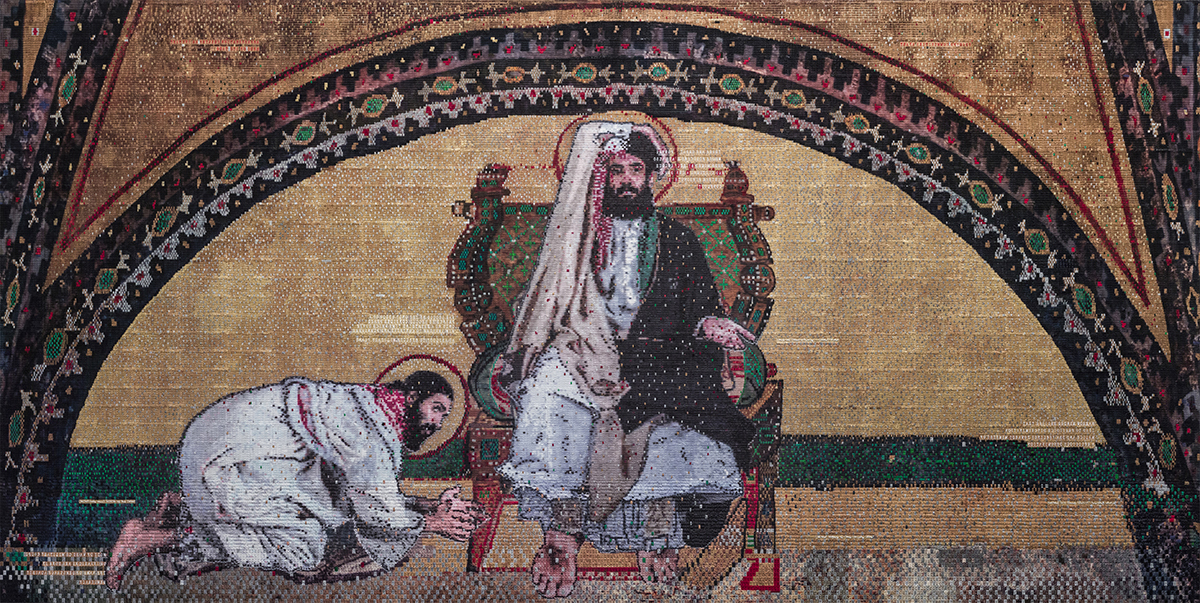 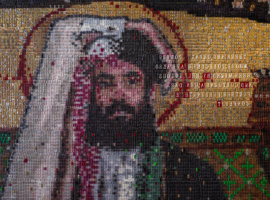 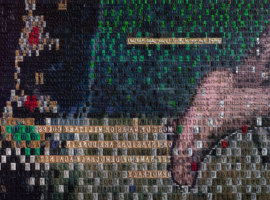 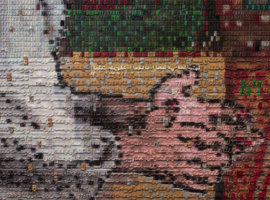 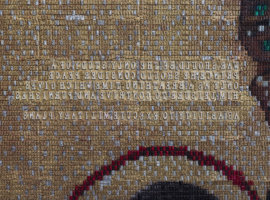 The artist Abdulnasser Gharem has become famous for his elaborately crafted “stamp-paintings”, as he calls them. He often heads for the processes that divide people, such as #political or #religious structures, in order to make it clear that it is about the unity of religions and the unity of all people in their diversity.

This painting is about the #interweaving of computer games and the structures that have grown in a society, such as that of religion, for example. If you look closely, you can see small, colourful pixelated dots that remind you of the surface of computer games. Gharem uses the image to express that computer games or the media in general have a stronger influence on opinion forming than education or religion.

His messages are mirror-inverted and interwoven into the images.

As an artist, he is interested in using his art as an aesthetic medium and not as an instrument. Man and his constitution is at the centre of his reflections, irrespective of his origin and religion.