In the Arab world, policy has suddenly died, and all that remains are schemes to survive. Consequently, the mass production of refugees has become what may be the Arab nations’ single most well-circulated product.

To the countries that enjoy the notion of terrestrial hospitality, the new refugees carry with them a hospitable thinking which accepts not only cohabitation but also joint persuasion.

As a result, the concept of smart obedience has emerged. Arab citizens have turned into national hostages as their citizenship has become solely limited to their being the insurance policy on the lives and permanence of Arab leaders.

After the emergence of adversarial revolutions in the Arab nations, Abdulnasser Gharem noticed the differences in freedom of expression which lead to dire consequences.

In spite of this, some persisted and were able to endure the outcomes. For example, the contemporary act of self-immolation and an individual’s usage of his or her own death as a form of final protest as if it were a (personal holocaust).

Or the accidental extirpation of an individual at the hands of employees, and fragmenting him into pieces in order to dissolve his features.

Abdulnasser Gharem reminds us that freedom of thought is a human right, and a person’s free actions occur primarily in the mind and not in nature. Individuals are transformed into an invisible group because the homeland can contain and only be contained in the mind.

Arab nations are in need of independent thinkers and protestors that can fail but do not err. Their societies have realized that enlightenment comes not from the outside but rather from within. It is actually the movement of an educated level of society that questions its own heritage and daily issues, and relies on epistemic disobedience. This leads to changes and not reforms.

Through the works in this exhibition the stamp paintings rest on the repetition of letters and numbers, which are used in the daily life of an Arab individual.

Abdulnasser Gharem suggests that the myth of the unity of language and religion no longer creates nations, and a nation is no longer a kindred religion or unified language. The artist confirms that Arabism is a fundamental linguistic experiment and not a political ideology. 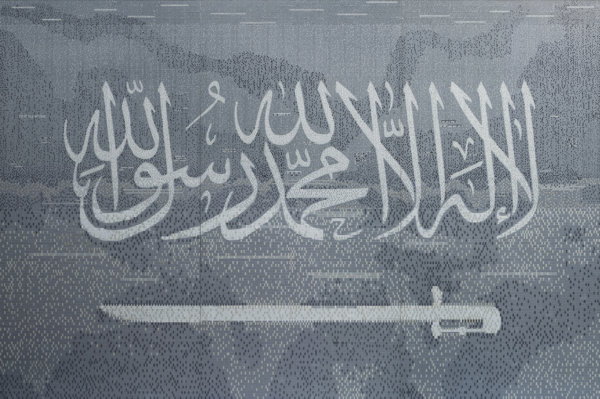 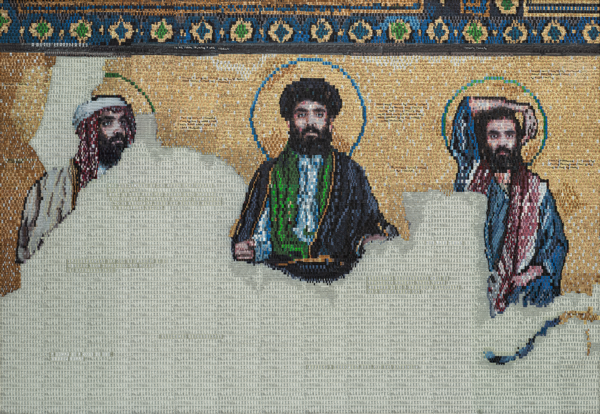 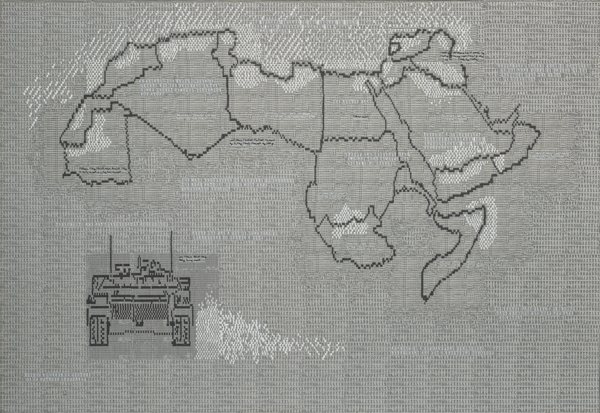 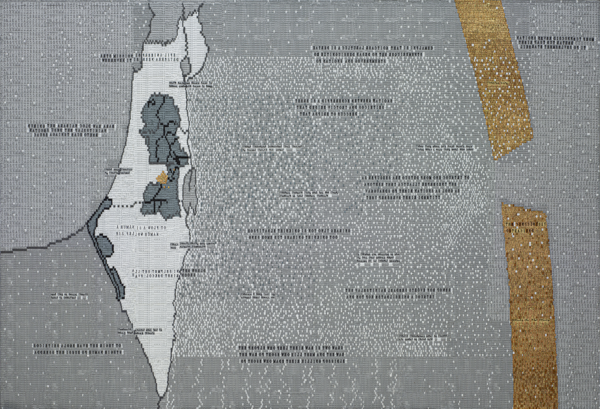 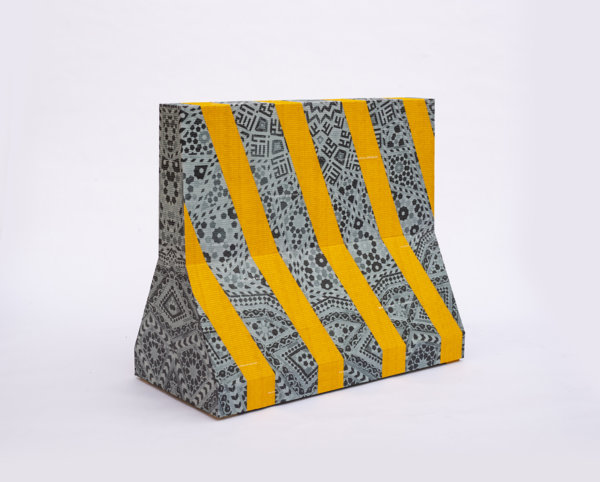