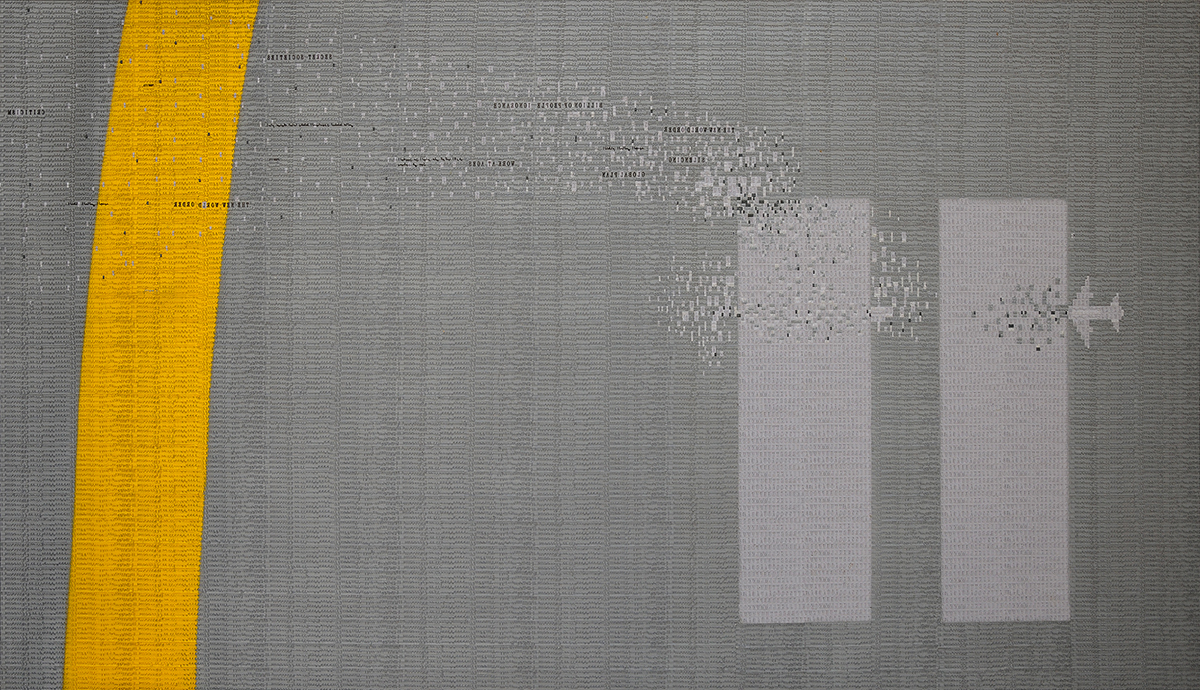 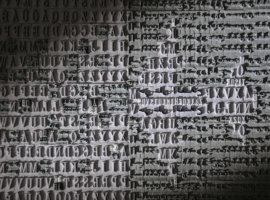 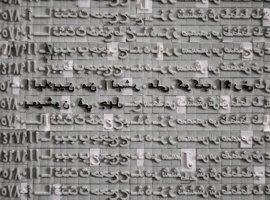 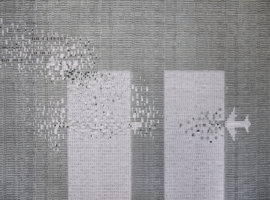 Gharem’s personal reaction to the terrorist attacks of September 11, 2001, have laid the foundation for much of his artistic output, however, Pause is the work most closely concerned with the destruction of the World Trade Center. For Gharem, like most of us, witnessing the collapse of the Twin Towers on television was one of those shocking moments that seems to make the earth stand still or pause. When he later found out that two of the hijackers were classmates he wondered why they had chosen that horrific path while he, who had been given the same education, elected another. This expressive “stamp painting” is Gharem’s response.

On the left panel of the diptych are two solid rectangles seemingly rendered in shades of gray but, upon closer inspection, formed of tiny rubber letter stamps in Arabic and English and painted in black and white. The pair of rectangles signifies the digital symbol for “pause” as well as the Twin Towers, which look like ghostly after-images. An incomplete yellow arch–resembling a golden rainbow—straddles the diptych and draws our eyes back to the center. To underscore the visual connection with 9/11, Gharem has embedded within the composition twenty-seven short quotations formed of stamps painted black and written in reverse. On the far, left just to the right of the golden arch, he offers these words from Sandy Dahl, wife of Flight 93 pilot Jason Dahl, “If we learn nothing else from this tragedy, we learn that life is short and there is no time for hate.”