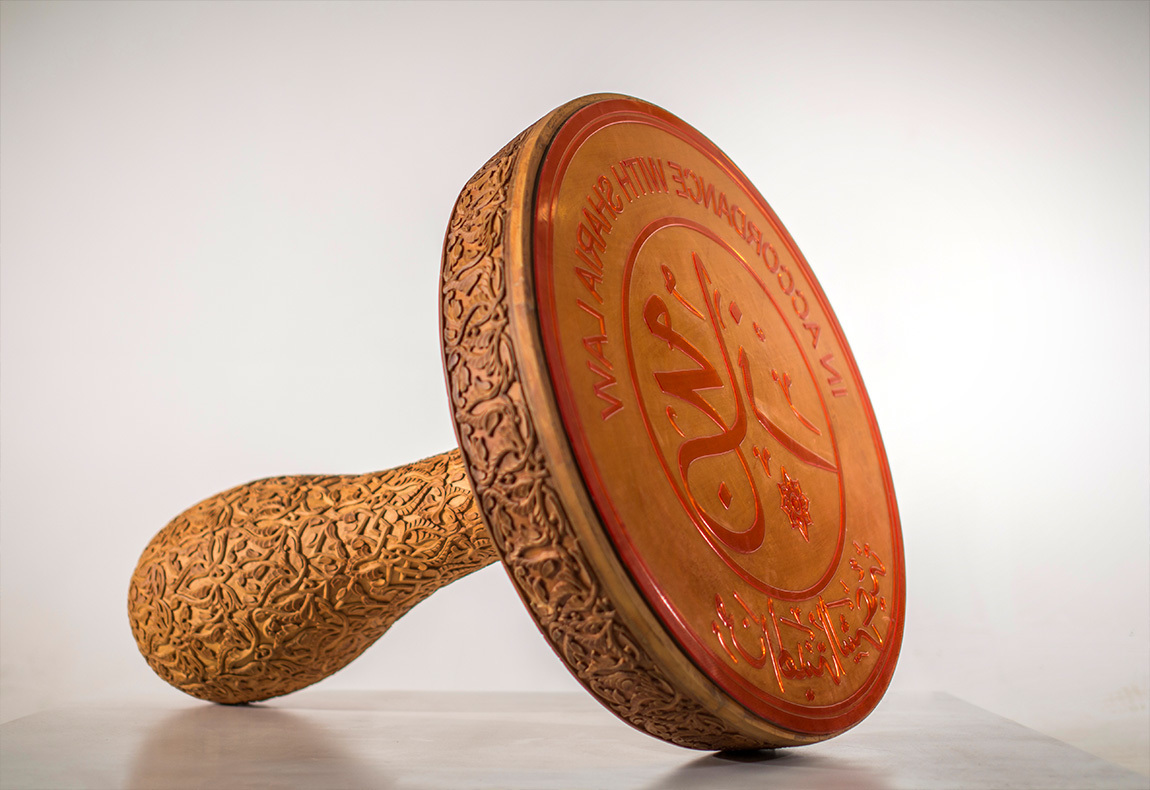 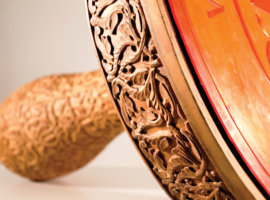 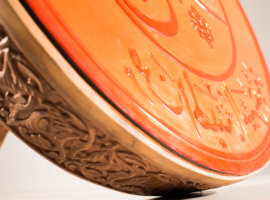 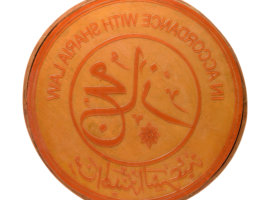 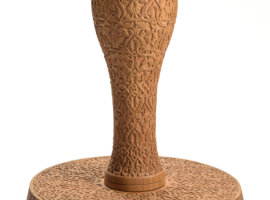 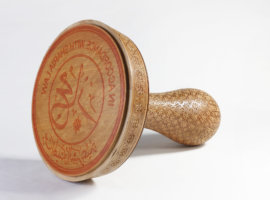 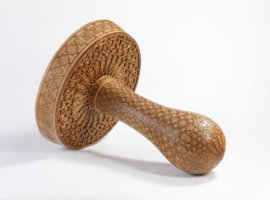 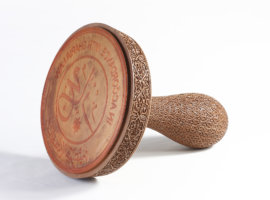 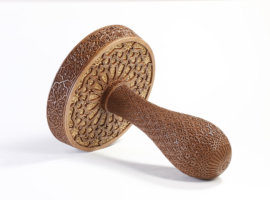 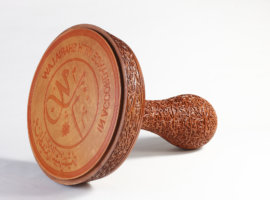 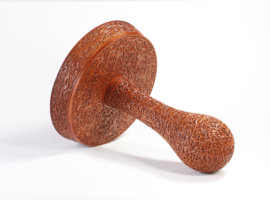 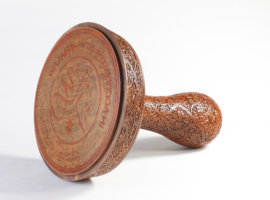 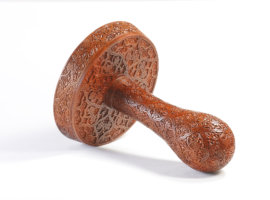 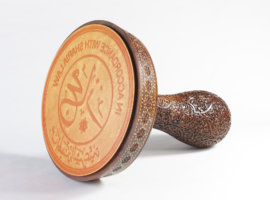 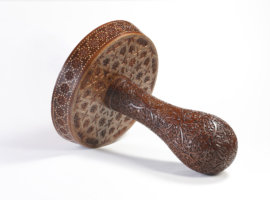 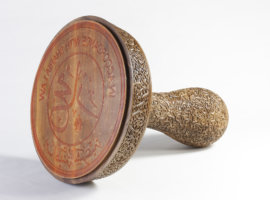 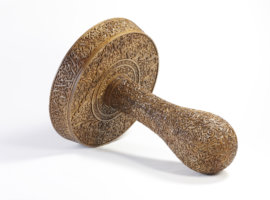 The stamp appears frequently in Abdulnasser Gharem’s work, for instance the tiny rubber letters that form the ground or surface of his “stamp paintings,”. It is rendered in other media and formats as well; here are two examples. In one, Gharem has created a supersized rubber stamp with a carved wood handle, comparable in scale and spirit to Claes Oldenburg’s sculptures of everyday items (see his Typewriter Eraser on view in LACMA’s Ahmanson Building, Level 2). In the other, he depicts in a silkscreen print the colorful impression of such a giant stamp.

Gharem’s stamp features the word moujaz (“permitted”) in the center surrounded by the phrase “In accordance with sharia law” in English and Arabic and repeated in the print. Moujaz references the religious restrictions placed on Saudi banks, which must align with the principles of Islamic law and may not pay or receive interest. The stamp and related print seem here, hyperbolically, to certify adherence to this rule.

Gharem conceived of the giant stamp and related impressions for his first group exhibition in London in 2008, in which his work Siraat (also shown here) was to appear but had to be withdrawn due to a misinterpretation of its meaning (it was initially erroneously believed to disparage Quranic text). Gharem had two weeks to come up with a replacement. His family’s furniture factory provided the craftsmanship for the wood support for the stamp, initially less ornate than this later version. Together, the stamp and related prints comment on the mechanisms of bureaucracy endemic in daily life in Saudi Arabia, but their messages, especially in the context of their first exhibition, perhaps pertain to freedom of expression.