“Cities of Conviction will examine the parallels between spiritual and urban cultures in Saudi Arabia and Utah; and especially the symbolism of creativity that connects cities of pilgrimage in both places,” says exhibition curator, Jared Steffensen. “Since the 7th Century, the holy cities of Makkah and Medina have drawn millions of Muslim pilgrims every year to worship at the holiest sites in Islam, the Kaaba (House of God) in Makkah and the Tomb of the Prophet in Medina. Salt Lake City was established nearly a thousand years later by Mormon pioneers in search of a safe haven for their newly established religion. Members of the Church of Latter Day Saints also make a twice-annual pilgrimage of the faithful to the General Conference at the spiritual center of the Mormon faith, Temple Square.

The common histories of these cities extend well beyond issues of faith. Cities across both Utah and Saudi Arabia arose from the desert; have laws driven, in large part, by the predominant religion, and at first blush have comparatively conservative cultures. Also, they have a youth culture pushing the boundaries of their culture through relentless individual expression while maintaining a sense of community.

These cities’ growth is limited and defined by their natural boundaries, valley walls, uninhabitable terrain and mountains; and both possess economies driven by access to natural resources. The discovery of oil in Saudi Arabia propelled its expansion, at times erasing architecture and history in favor of a more cosmopolitan feel, as evidenced by the commercial development projects being constructed around the sites of pilgrimage. This phenomenon is mirrored in recent debates over land use and energy resources across the state of Utah, from Bears Ears National Monument to the development of City Creek Center and the high-rise condominiums that literally look down onto Temple Square.

Cities of Conviction presents works from artists who are engaged in looking at the struggles and transformations of their society and delving into complex issues that link Utah and Saudi Arabia, such as oil, pilgrimage and tension surrounding commercial development around important cultural and religious heritage sites. From sacred lands to the way society condemns or accepts religious practices, each unique culture connects to one another in a variety of ways.

“Contemporary art has always been at the heart of these human connections, bringing to the forefront the most pressing issues of our national and global cultures,” says UMOCA Executive Director of Cities of Conviction, Kristian Anderson.

The artists included in Cities of Conviction use the visual language of art to explore the pertinent cultural issues facing Saudi Arabia and her citizens. They, as do many Utahns, question the long-term stability of relying on non-renewable resources to fund transformation. As Saudis inch towards a more globally-influenced culture, Salt Lake’s Latter-day Saint communities are moving towards accepting a more globally-influenced Salt Lake City, as the influx of new residents from all over the world changes the cultural landscape of Utah.

This exhibition seeks to create an open dialogue about our understanding of Saudi faith and culture, as well as our own – and what these changes could mean for the citizens of Saudi Arabia and Utah. 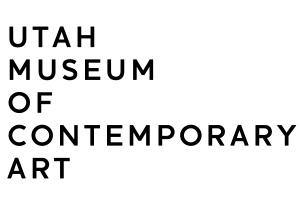