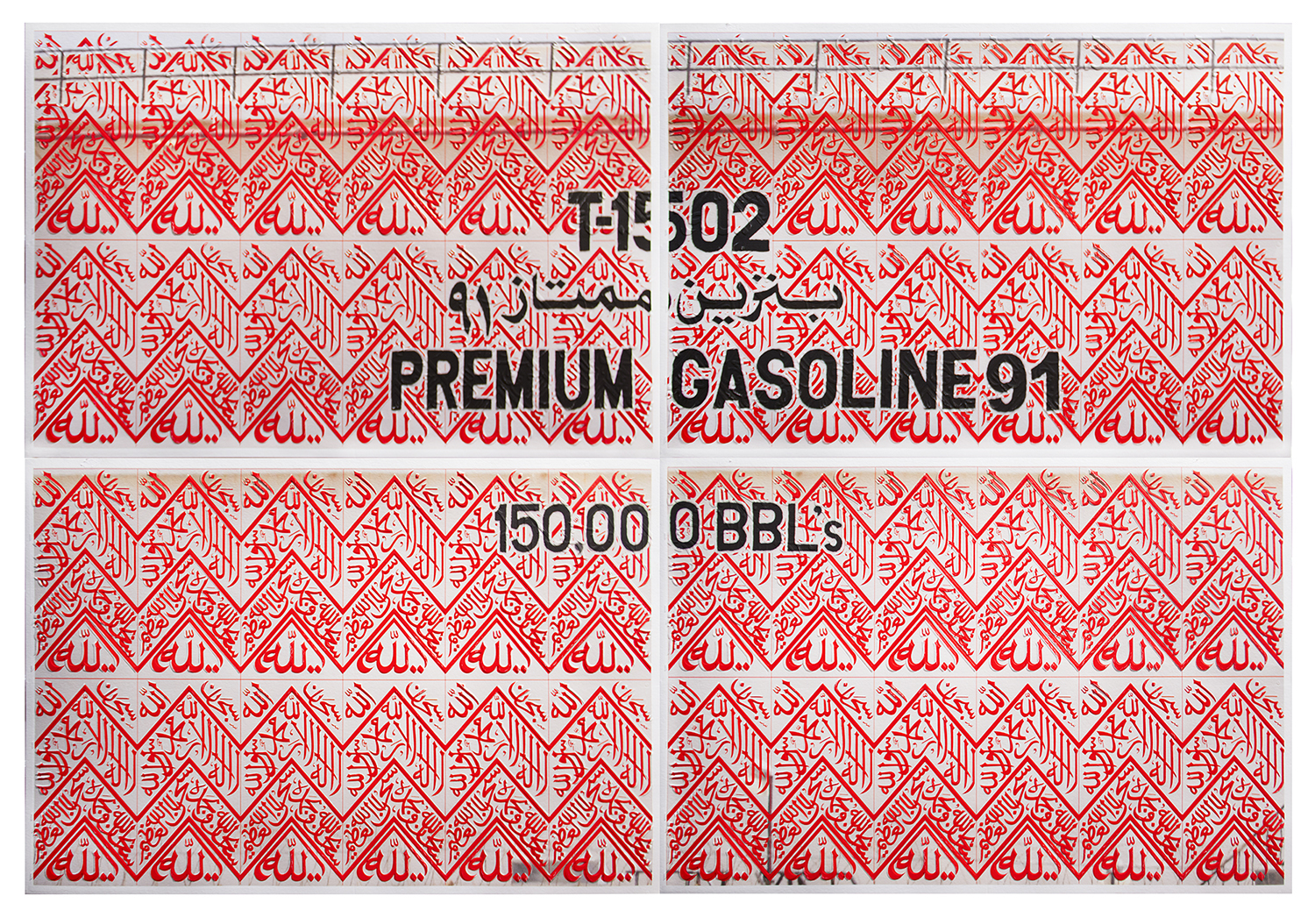 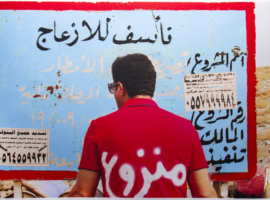 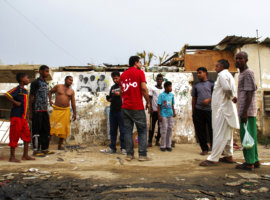 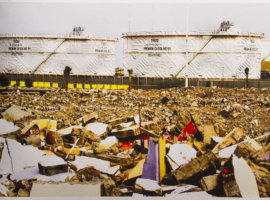 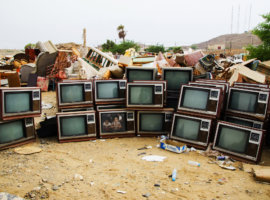 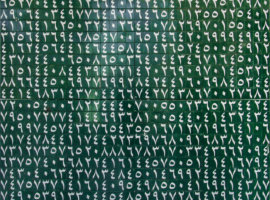 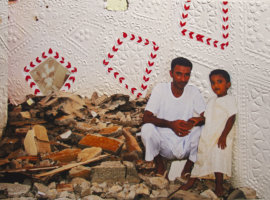 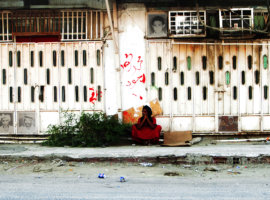 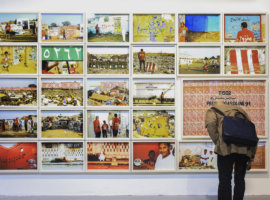 On the outskirts of Jizan lies an empty strip of land. It is strewn with rubble and the blistered remains of door-jambs. Once there were homes here. Fishermen had built a cluster of box-like dwellings yet they had done so without permission from the local authority. The fishermen and their families were told that their homes were illegal and would be demolished, however each family would receive compensation. The officials kept their word and the money soon arrived.

It was then that the problems began For years the bulldozers stayed away and nobody came, until several years later when a handful of official-looking men arrived with cans of red spray paint. As they moved away from their vehicles you could see them shake their cans up and down, spraying a single word repeatedly onto the concrete. Manzoa. It means “about to be demolished,” or “about to be removed.” They wrote this on each of the illegal buildings before driving off.

Manzoa. Soon you will be gone. Gharem explains. “We drove to a shop nearby that sold paint. I bought a can of white spray paint. Like the ones we used for Siraat. I was wearing a red shirt, so I sprayed onto this the word manzoa. Then we went back to the buildings.” A game of football was underway. Gharem pulled on his manzoa shirt and joined in, sitting deep in midfield. This is his favourite position. It is where he can control the tempo of play. “When they saw my shirt all of them wanted to talk to me. They asked about why I was doing this. I explained that it was a performance and that I would soon be gone. They liked it. So they told me their stories, about the compensation money. I kept moving. Arif kept photographing. Both of us were manzoa.