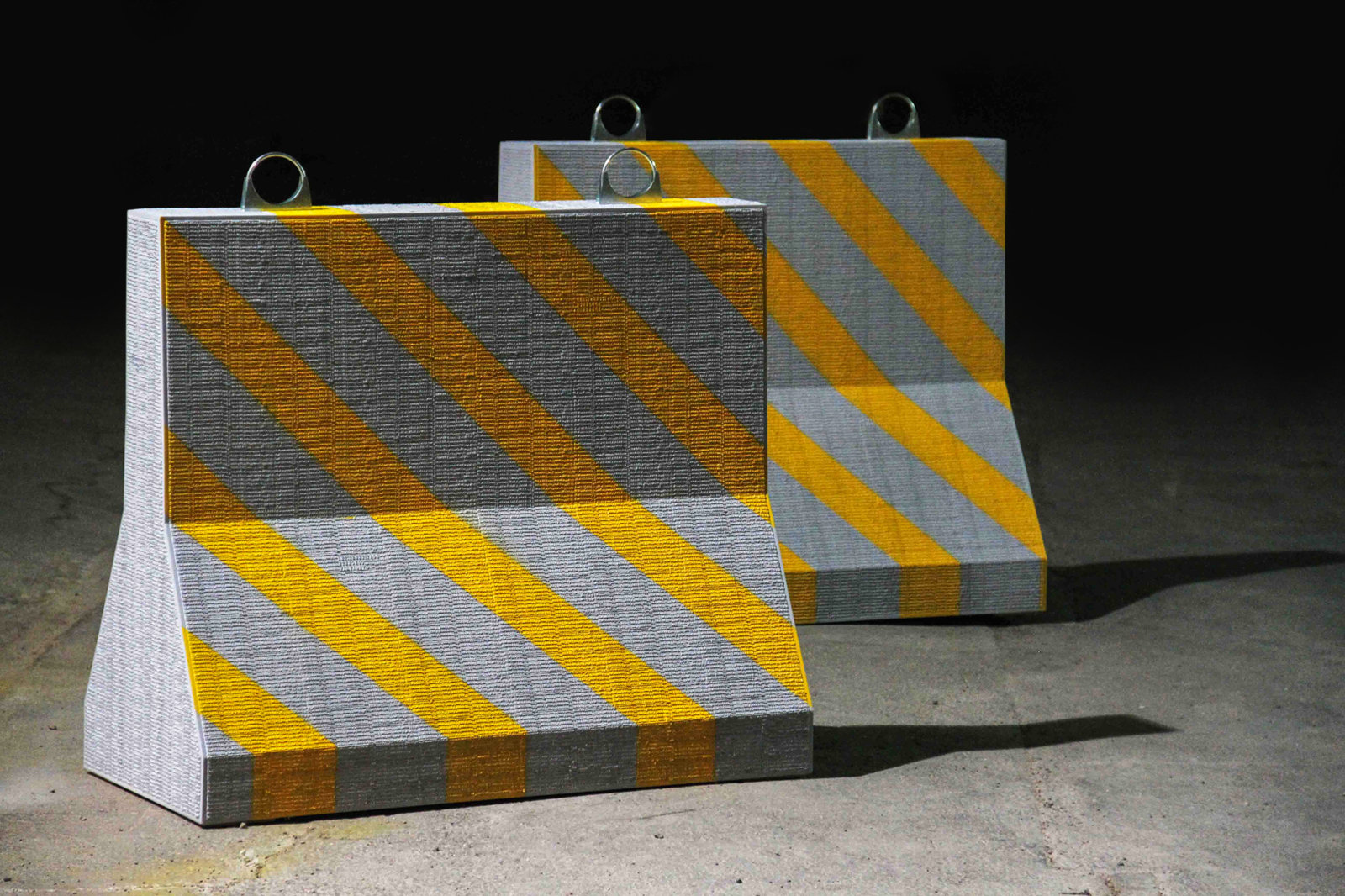 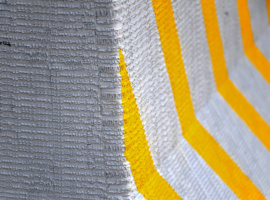 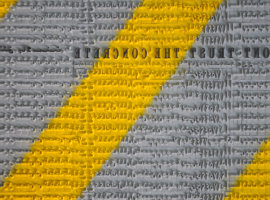 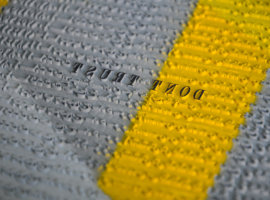 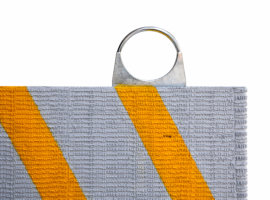 Concrete Block, is a bold attempt to critique the security backlash in the seething cauldron of his homeland. And his work is all the braver, given the reactionary nature of the politics he's resisting: both terrorism and autocracy.

His giant alabaster roadblocks are suggestive of the concrete barriers springing up around embassies, major hotels and other perceived targets everywhere in the world. They are, in turn, redolent of other concrete "facts on the ground" that have arisen in recent history; for instance, the perimeter wall Israel has built to keep out the Palestinians, and by extension, the Berlin Wall that was an iron curtain dividing Eastern Europe from the West, and that came crumbling down with much of communism in 1989.

Making up the surface of Gharem's relief are hundreds of embossed impressions from his official Saudi army identification: the rubber stamp he uses countless times each day, day in day out, to validate the endless security documents, intelligence documents, government orders and classified paperwork that cross his desk.

“After 9/11, we saw these concrete blocks springing up outside US embassies and other buildings all over the place.”