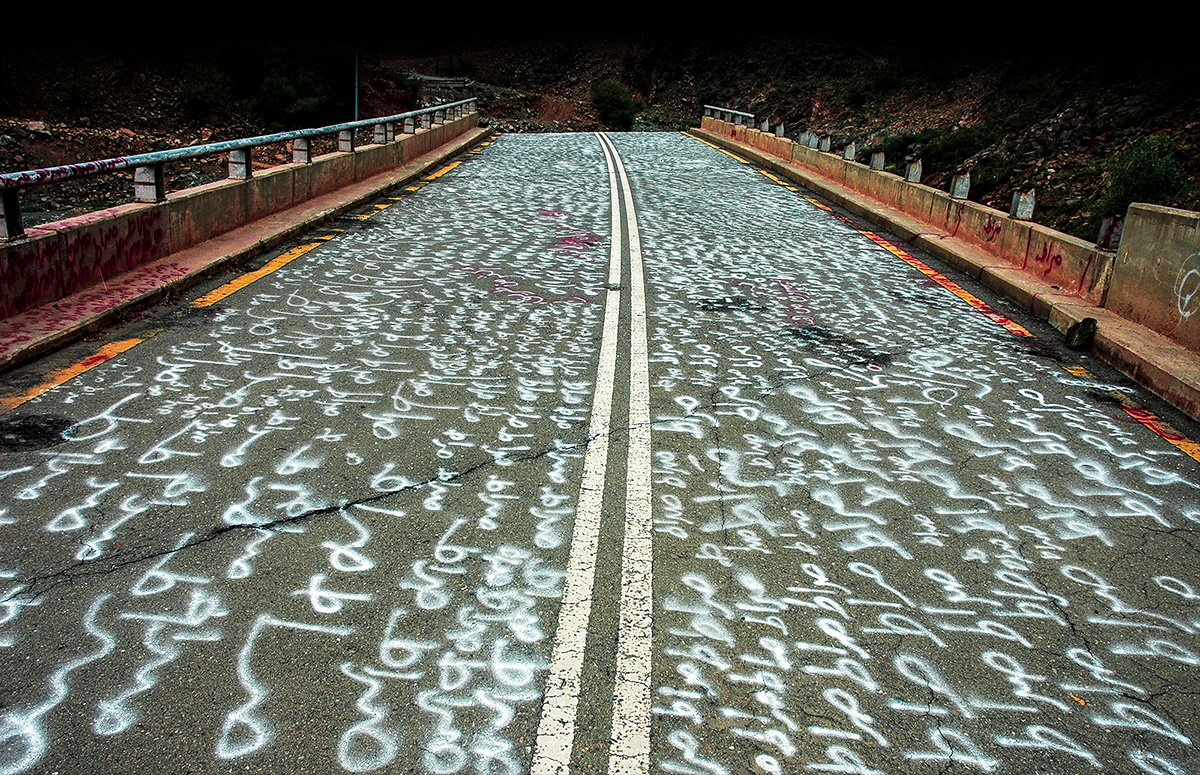 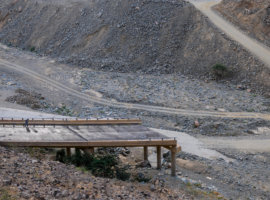 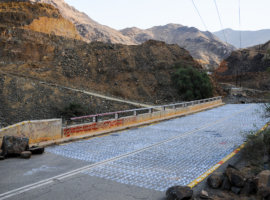 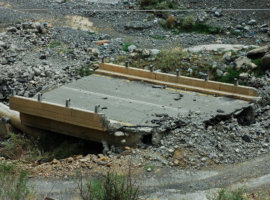 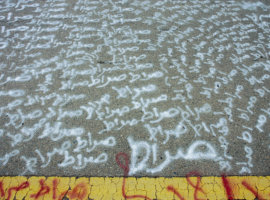 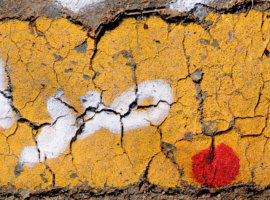 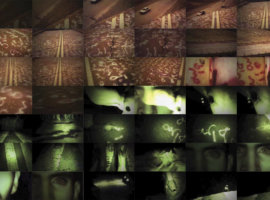 This work is a scene from Gharem’s performance by the same title. The project concerned the death of several villagers from the Tihama region, in south-western Saudi Arabia, who took refuge from a torrential downpour on a bridge which subsequently collapsed. Gharem revisited the site some twenty years after the tragic event and with a team of assistants sprayed the remains of the bridge with the Arab word for path, ‘Al Siraat.’ Transforming the ruined bridge into a memorial, Gharem highlighted how a community of people was shattered by the flimsiness of concrete infrastructure. Despite their faith in the structure, made from the material par excellence of modernism, they were killed by the path of progress it represents. Rather than linear and firm, as the modernist project saw concrete as embodying, here its fragmentary remains imply its disintegration into multiple pathways.