Conceived in 2008 and executed in 2010, this work is from an edition of eight plus four artist's proofs 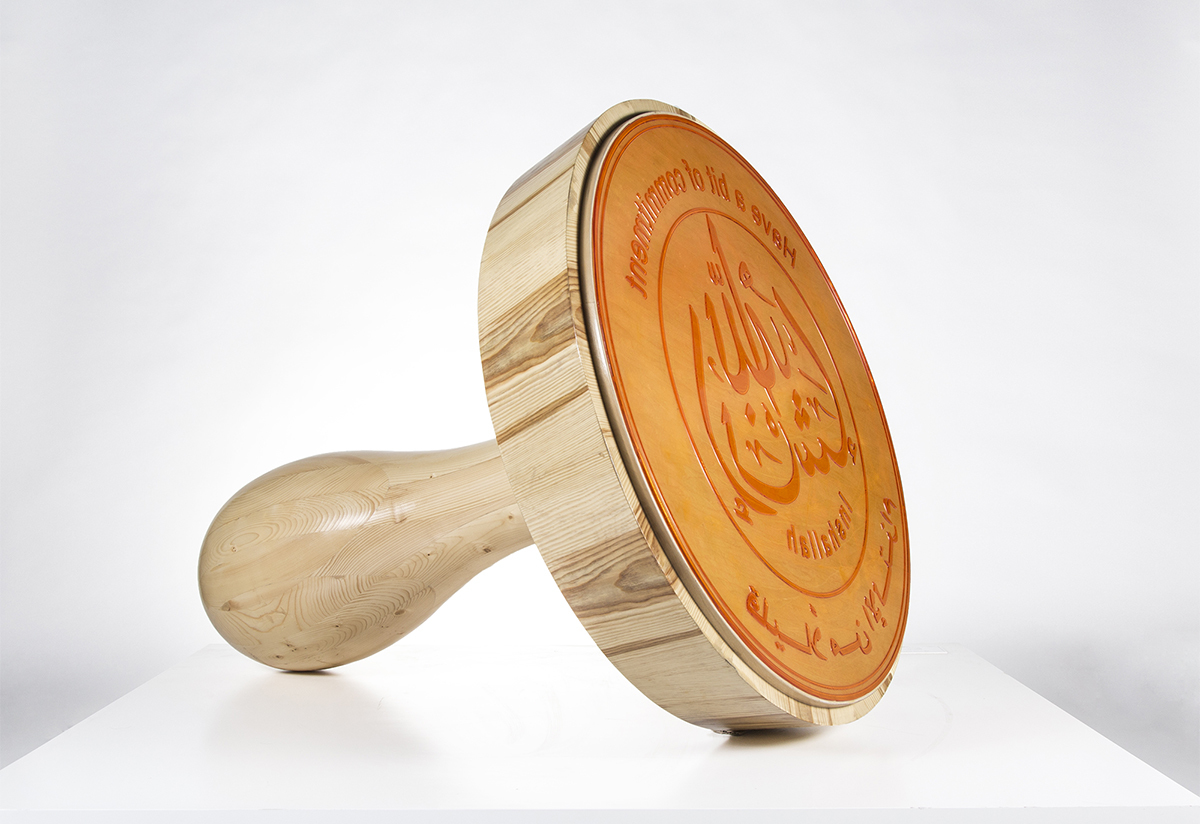 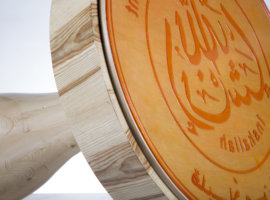 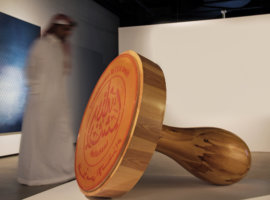 Nonetheless the decision stood, and the curators wrote to Gharem asking if there was another piece he could contribute instead. No, was the immediate response. His studio was empty.

‘It took me years to come up with ‘Siraat’,’ he told them. ‘How can I find another idea in just three weeks?’

During the next week there was radio silence between London and Khamis Mushait. Earlier that year Gharem had been made a Major. What did this mean in practical terms? A bigger salary, for one, more responsibility and many more hours behind a desk. He had more forms to plough through, more administration to deal with and generally more slips of paper to stamp.

Gharem was interested in these stamps. No matter how complex or highfalutin the logic that informed the thinking behind his decision these stamps reduced it to a single stab, a binary ‘stamp’ or ‘no-stamp’. Each day in Saudi Arabia thousands of stamps are slammed down onto a mosaic of unrelated papers. These stamps tend to be gathered up in the pudgy palms of bureaucrats, officials, policemen, soldiers and others. They articulate an unconscious and collective imprimatur, pronouncing what is right, what is acceptable, and which is the right path.

This gave him an idea. He went to the furniture workshop where he had gone as a teenager to make portraits and showed one of these stamps to a craftsman. If Gharem provided the materials could he make a giant, scaled-up version of this stamp out of solid, turned wood? Probably. Would it be ready in two weeks? Wince, frown… Smile. Inshallah. Next he found a factory where it was possible to produce a circular slab of rubber for the underside of his oversized stamp. The text would be simple: ‘Have a Bit of Commitment’ followed by ‘Amen’ written both in English and Arabic.

One rubber stamp was good. But how about a bed made up of thousands of the interchangeable letters that make up the underside of some rubber stamps? With the construction of the giant stamp underway Gharem began to buy up as many children’s printing kits as he could find in Khamis Mushait. In each was a small set of rubbery Arabic letters, numbers and numeric functions. Once he had amassed several hundred of these he packed together the letters until he had two flat surfaces, each one gun-metal grey and full of undulating, bureaucratic detail.

‘The feeling I had at the time was that it was impossible to change the minds of all the people against ‘Siraat’. Together they formed a wall. A system. The system did not have a human face, but it had created a stamp of disapproval.