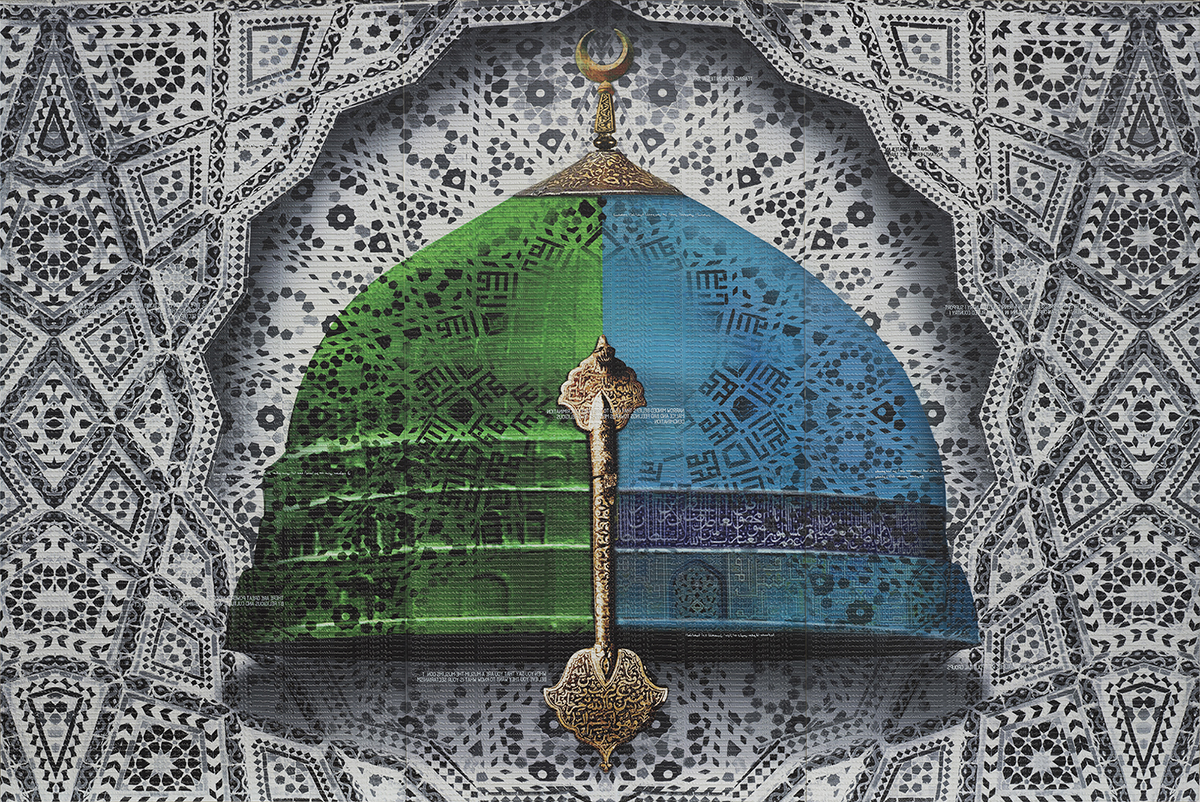 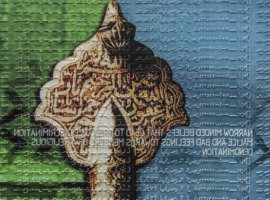 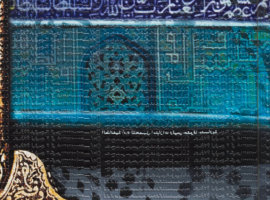 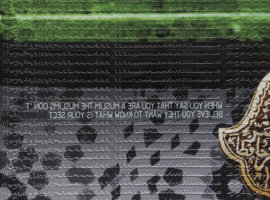 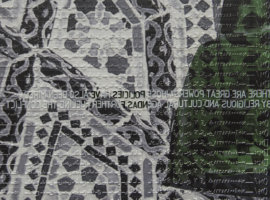 This monumental stamp painting is related but not identical to the sculptural dome that shares the same name. In this instance, the two halves forming the cupola are based on architectural elements that embody the two main sects of Islam: Sunni and Shi‘a. The left half, symbolizing Sunni Islam, is, as in the sculpture, modeled on the green dome of the Mosque of the Prophet in Medina, Saudi Arabia; the right side, representing Shi‘a Islam, depicts an Iranian dome, fashioned after the seventeenth–century Shah Mosque in Isfahan. Though rendered in different colors, the two halves are united by the same geometricized design that includes a repet- itive inscription of the Muslim profession of faith, while the conjoined dome is framed by the sort of pattern distinctive to Islamic architectural decoration.