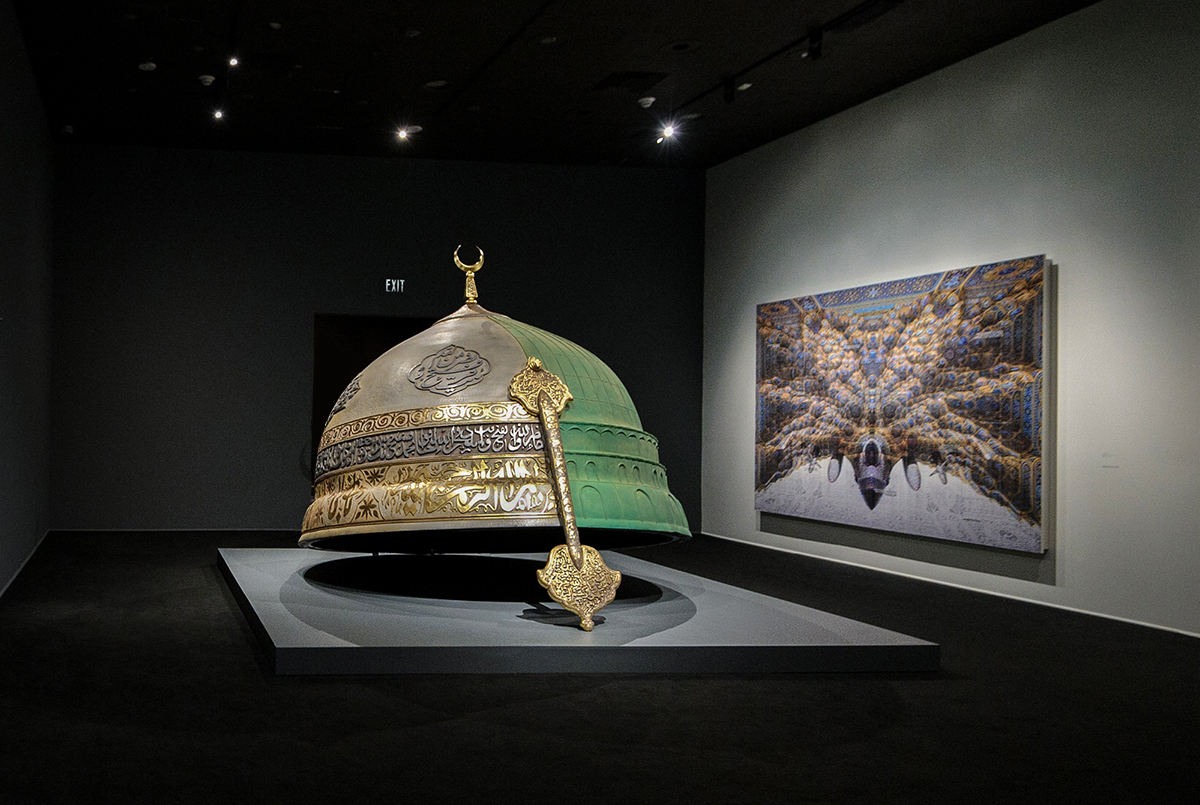 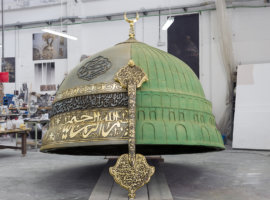 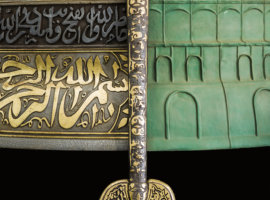 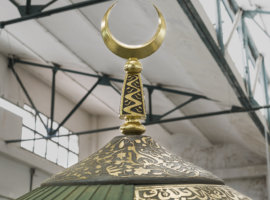 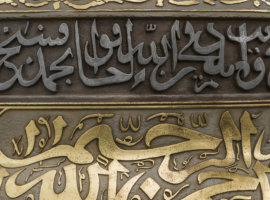 Gharem has produced other dome sculptures, but this work, his most recent version, pre- sents an amalgam of two distinct forms to create the cupola: a mosque dome and a late Islamic–style warrior’s helmet. The title of the work is intended to suggest two halves that form a whole, as in the human brain with its left and right hemispheres, the former governing logic and the latter creativity. In the sculpture, the right half is based on the distinctive green dome of the Mosque of the Prophet in Medina, Saudi Arabia, which is the second holiest site in Islam, after the Kaaba in Mecca. Expanded many times over, the mosque’s dome was constructed in the early nineteenth century. The left side of the sculpture is patterned on an Iranian helmet inscribed with verses from the Qur’an, dat- ing to the eighteenth or nineteenth century, and probably intended for ceremonial and parade wear rather than for actual battle. The two halves of the dome are separated by an appropriately enlarged and inscribed nasal piece—the projecting bar on a helmet cov- ering the nose and protecting the center of the face. The comingling of the dome and the helmet in a single sculpture is meant to allude to the dichotomy inherent in most faiths—a message of peace and supplication versus the types of political and sectarian concerns that sometimes lead to violence.