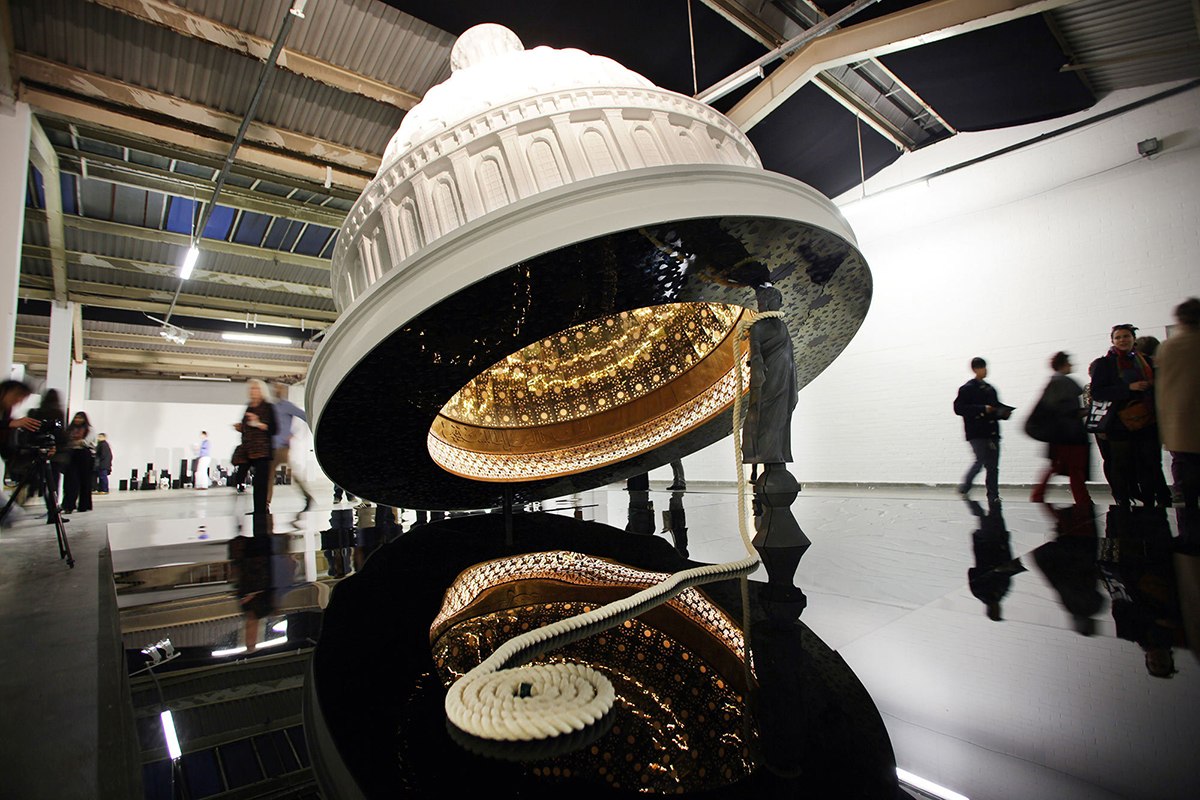 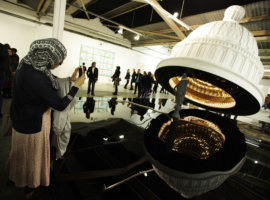 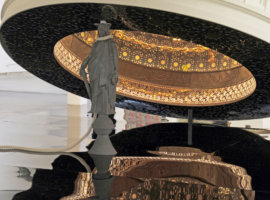 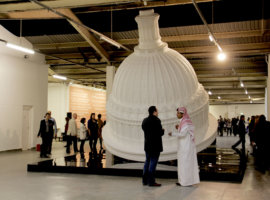 The Capitol Dome installation is a 13-foot scaled-down replica of the Capitol Dome in Washington D.C. which is held up by Thomas Crawford’s 19th century statue of the armed goddess of Freedom. The inner-sides of the dome are decorated with intricate hand-crafted Islamic motifs, which resemble an interior of a mosque.  The forced amalgamation of Islamic geometry and neo-classical architectural styles is intended to question the splice of democratic values on Arab culture and its future sustainability.

Gharem uses the statue of Freedom to invite the audience to consider what 'freedom' represents. Crawford's statue of Freedom bears a sword and shield. While maternal and welcoming she is at the same time well-armed and outwardly dynamic.

The key element in this work however lays in the positioning of the dome. It has been set up to resemble a crude trap.  ‘Freedom has become a lure. I was inspired by my childhood when I used to make traps like this for birds using upturned baskets, with a trail of food leading towards it. In the same way, many Saudis are drawn to democracy but we don't know what is inside. Perhaps it is like a mosque? Perhaps something else.’ (The artist quoted in The Washington Post, 8 October 2012).

Gharem's dome sits on shinny oil-like black tiles, which represent the flammable nature of this commodity and serves as a powerful reminder of exporting diametrically opposed ideologies on to traditional cultures.