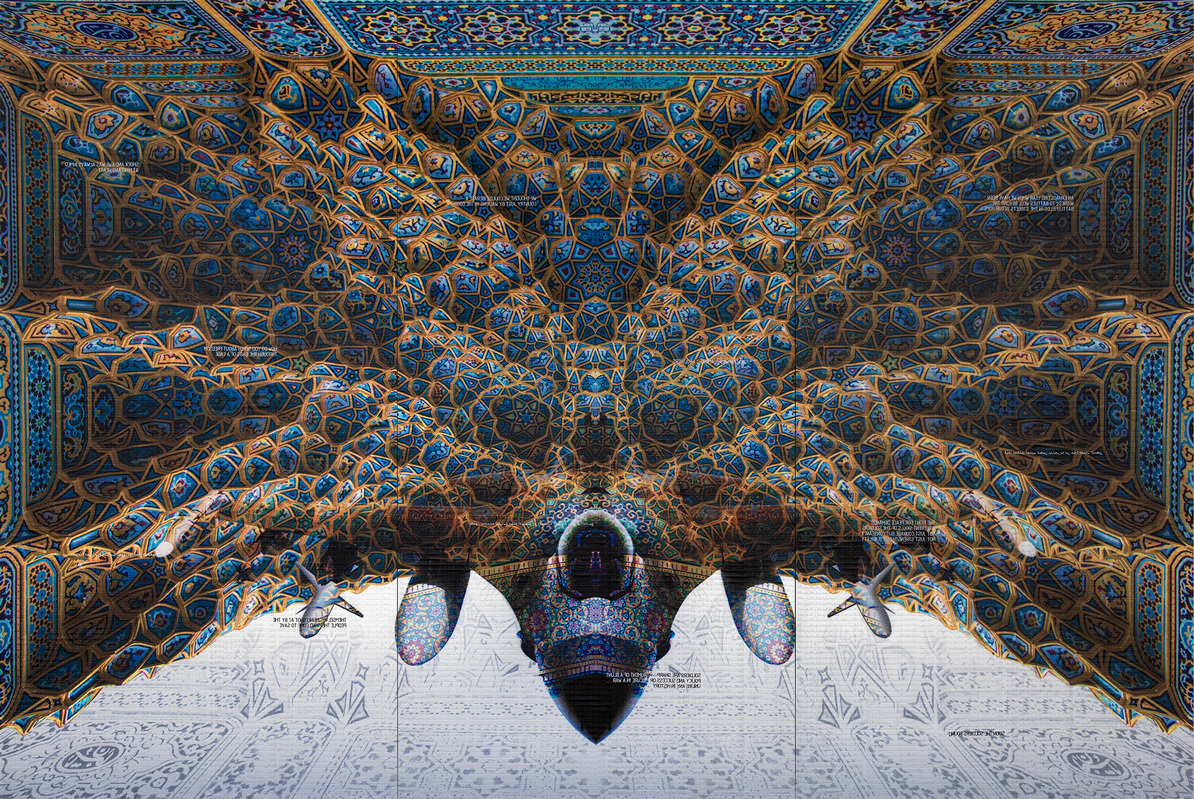 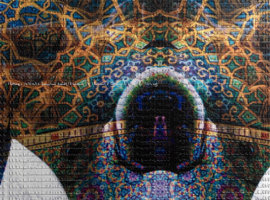 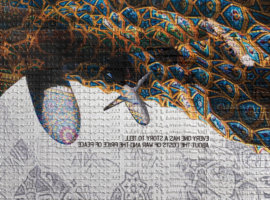 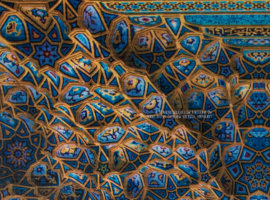 The overwhelming size of Ricochet features an intensive image of an armed fighter jet approaching the viewer. The work, layered with mosaic stamps, provides a frightening perspective into the realities war, currently witnessed in the Arab world. Gharem draws on his experience as a Lieutenant Colonel, using the fighter jet juxtaposed against an avalanche of aesthetically pleasing Islamic art to evoke a feeling of tension and tranquility.

The allure of the message in Ricochet is much deeper. Inspired by Islamic miniatures of warriors and horses in combat, Gharem fuses the fighter plane as a sophisticated apparatus of warfare to represent the use of military strategies employed against various Arab States.

Islamic geometric patterns are asymmetrically re-arranged to represent warfare strategies that disorganise and delegitimise the social fabric and ideologies of Arab states, all in the guise of beauty.  The overall aesthetic of the work is a manifestation of contemporary ornamentation and enchantment of Fourth Generation warfare.  Gharem demonstrates that military insurgence and conflict, as seen in Islamic history, is short lived and ultimately peace and unity prevail.