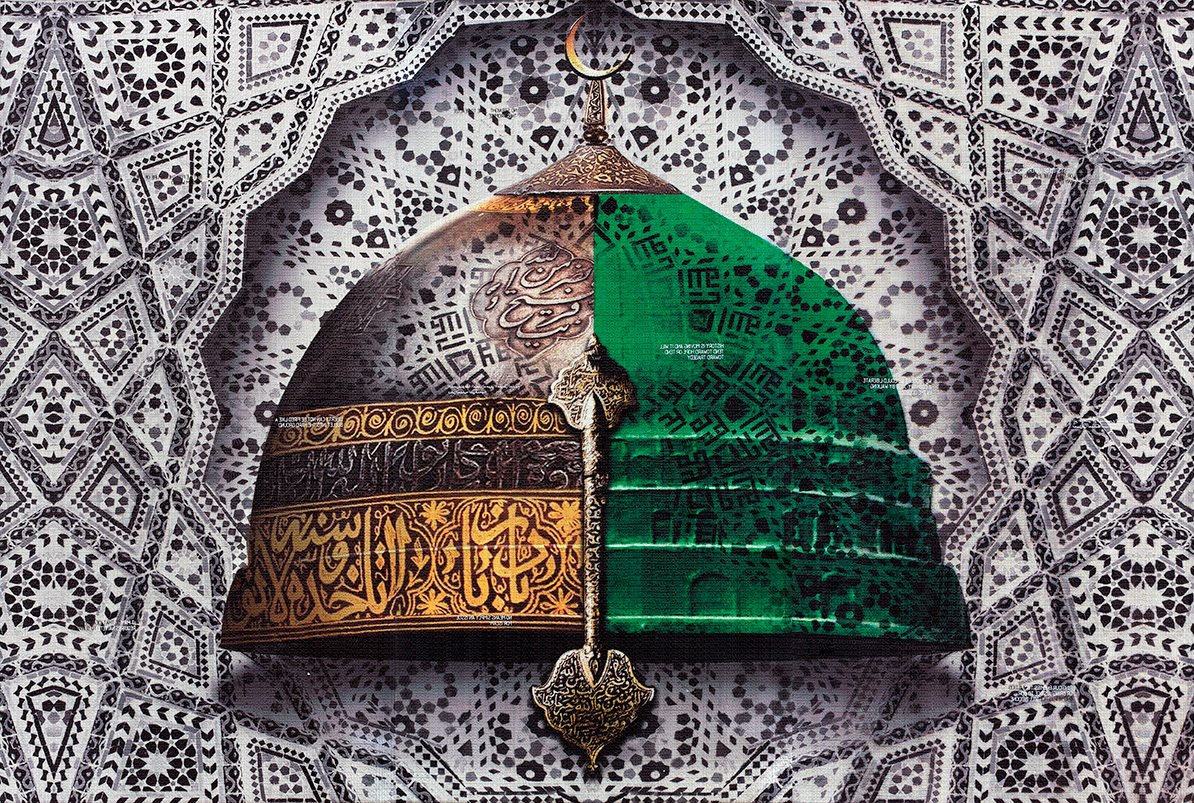 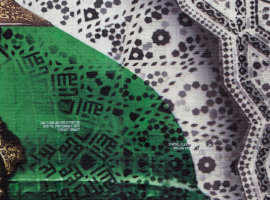 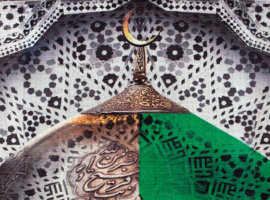 The work ‘Hemisphere’ was inspired by the cerebral hemispheres of the brain and how the left and right cerebral hemispheres interact and affect a person’s overall behaviour, ideology and belief. In using the hemisphere as a metaphor, the work examines the modern disconnect between Islamic tradition and cultural identities and its impact on current behaviours and thought - such as the various issues in the current Muslim world.

Hemisphere represents Gharem’s personal experience of working in the Saudi Arabian military as a Lieutenant Colonel and his views of how the Islamic faith is a means for peace and harmony and not religious sacrifice.

The stamp painting is rendered with a central image reminiscent of a dome of a mosque split into two colourful halves which is embraced by a monochromatic floral mosaic inspired by the Islamic traditional interior. The green dome of the Prophet Muhammed’s Mosque in Medina, Saudi Arabia is juxtaposed with an ancient warrior’s helmet.  The green dome represents the peaceful nature of the Islamic faith.  The distinctive conical shaped warrior helmet, decorated with Quranic passages, epitomises the current day use of religion to advance and influence adverse political interests - which is contrary to the spirituality of Islam. The structure is parted by a helmet’s nose guard, as a visually pleasing ornament, to raise awareness on how to preserve the Islamic tradition and ideology from future adverse influences.