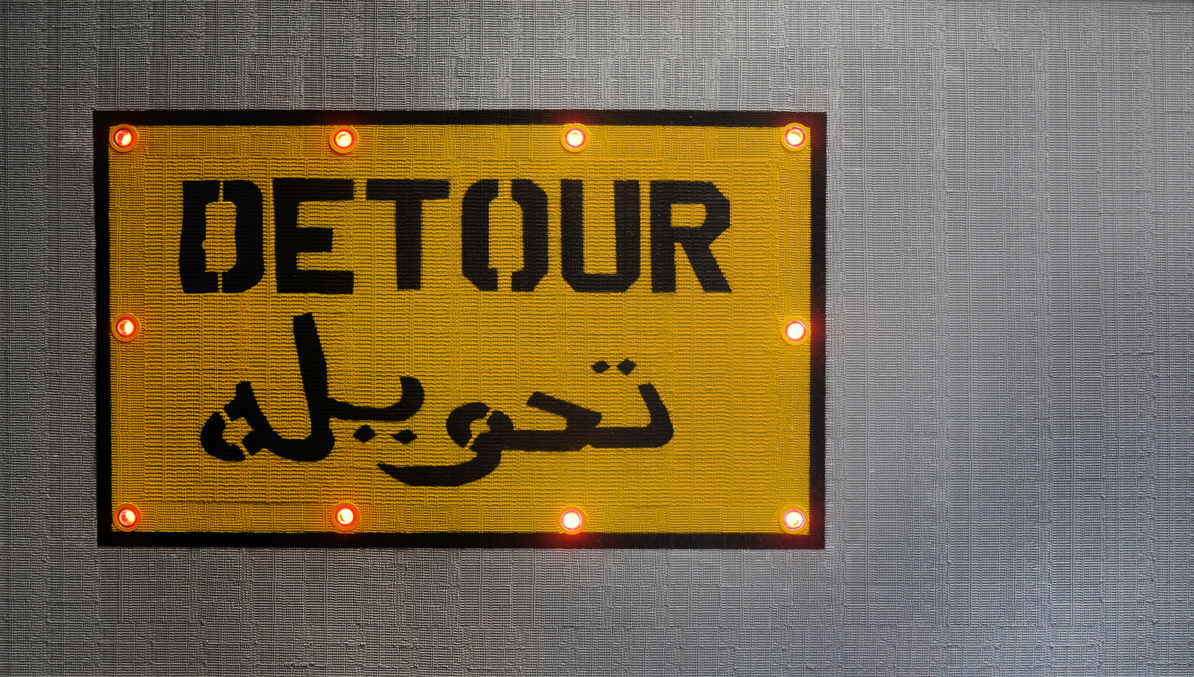 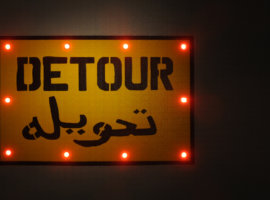 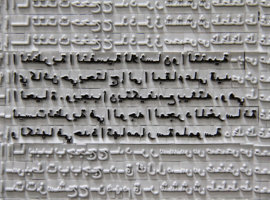 One of Gharem’s “stamp paintings,” in which the substrate is constructed of small letter stamps, Ricochet is a reflection on the ongoing war in Iraq and its consequences for the region.

Describing the impetus for the work in a 2015 interview, Gharem stated “Usually people look to the sky for inspiration but now they look up and see a bomber coming towards them.” He captures this sentiment by transforming a vault covered with muqarnas, a stalactite-like decoration typical of Islamic architecture, into a fighter plane laden with missiles that descends towards the viewer. Concealed among the stamps that make up the surface of the work are several quotes taken from a magazine article about the war, all of which are fragmentary and as open-ended as the future of the region.