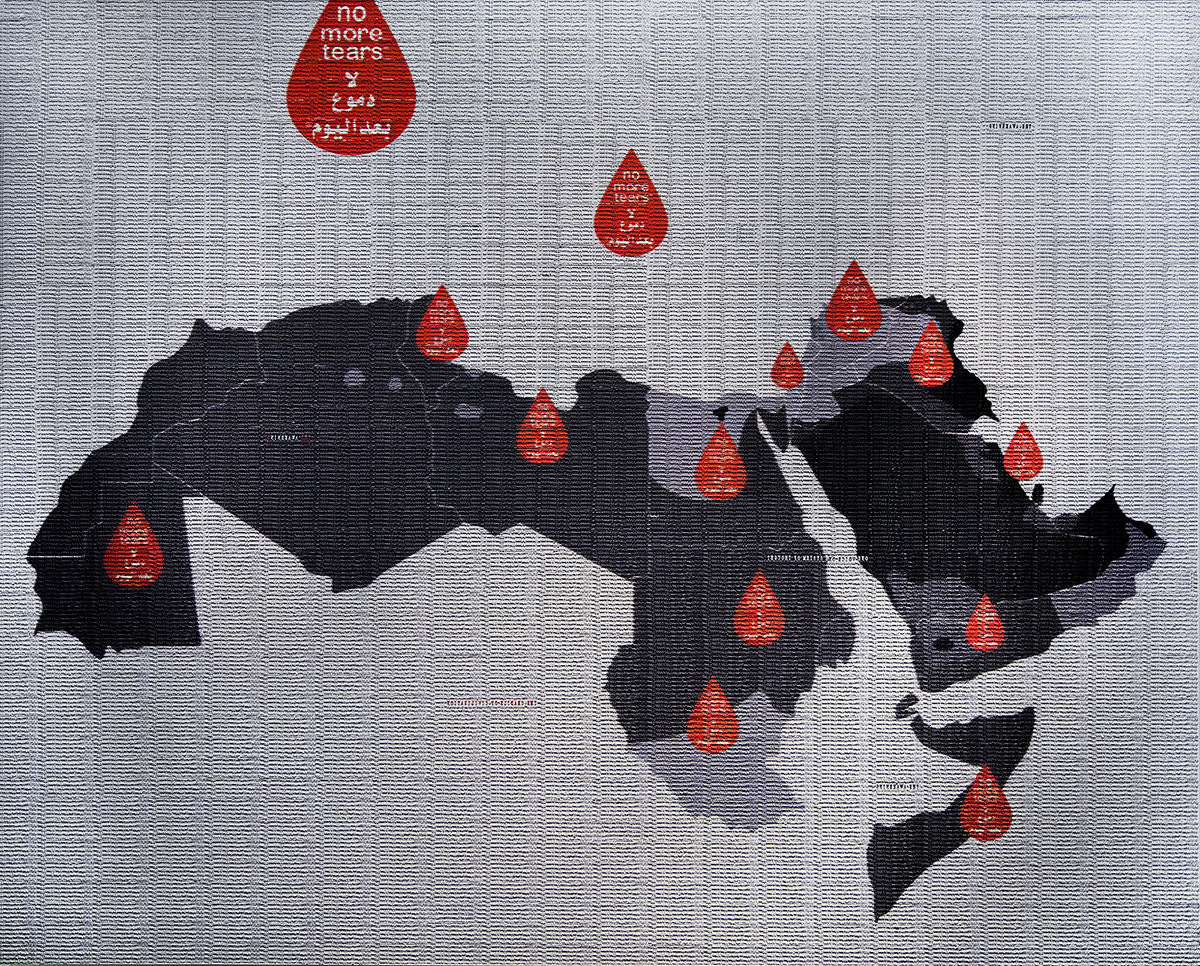 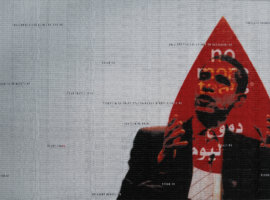 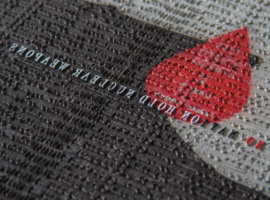 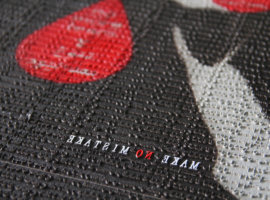 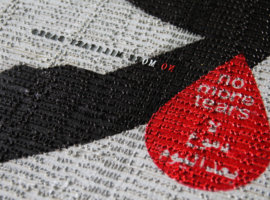 In 2010 Abdulnasser began to include slo- gans, speeches, and aphorisms into his two-di- mensional stamp paintings. His No More Tears (Obama), 2010 features a famous shampoo slogan by Johnson & Johnson’s painted over American President Barak Obama. As the artist states: “President Obama gave a speech to Muslims in Cairo in 2009 in which he promised the Arab world many things. He promised us peace in the Middle East and that there would be no more sadness, no more destruction, no more tears. We were waiting for all this, but it never happened.” As the global community waits for a response to a peacetime forged by political foreign relations, Abdulnasser harkens for a new social order. Disregarding political solutions to foreign relations, Abdulnasser in- stead constructs a work whose visual display

recalls street signs bearing a new slogan for new directions. Waiting indefinitely for a signal, the viewer is inspired to pave a new path that can reconstruct an alternative approach for peace.