With the beginning revolutions in the Arabic world Saudi Arabia has also increasingly moved into the center of international politics. The country was considered to be one of the most strictly governed with regard to the religious rules of Islam and a hotbed of international Islamic movements. At the same time, enormous revenues from exports of petroleum – Saudi Arabia exports about 25% of the world’s extracted oil – have enabled a remarkable technological and economic development.

Against the backdrop of these contrasts, an art scene has emerged in recent years - one that is young but also very interesting in terms of its formal repertory. This scene has yet to be fully appreciated by the international art. The project “Edge of Arabia”, which was launched in 2008, has presented a number of these artists is very different compositions in exhibitions in Riyadh, Berlin, Istanbul, Dubai and twice at the Biennale in Venice.

“As already in 2008, with the exhibitions of Sudarshan Shetty and further young artists from the Indian art scene, Galerie Krinzinger is once again assuming a leading role in the first-time presentation of artists from an up and coming art scene but one that is still largely unknown in Vienna. After my first contact with the artists during the Art Dubai 2012 I decided to do an exhibition with five representatives of the current art scene in Saudi Arabia in Vienna. I am extremely delighted that we have succeeded in pulling off this project so quickly and that we will also be able to present the publication that has just come out in Vienna,” as gallery owner Ursula Krinzinger said in reference to the exhibition. “I hope that this project can also make a contribution to informing the general public about the art scene in the Middle East. The gallery certainly intends to work together with artists from Saudi Arabia in the future as well by including them in the gallery’s program.” 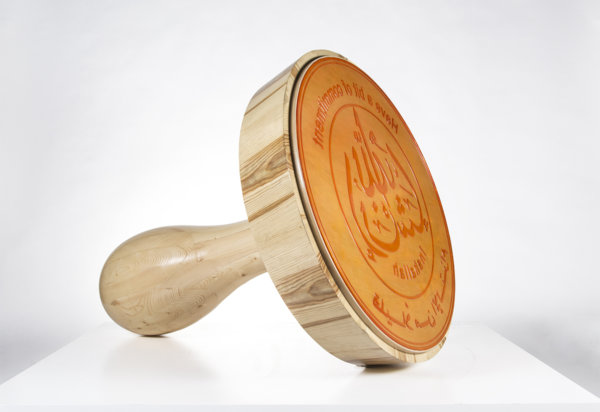 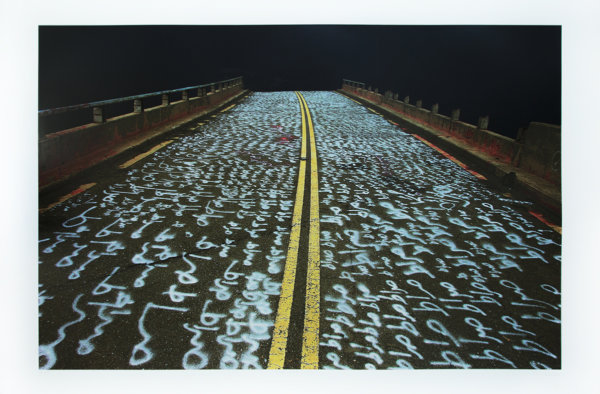 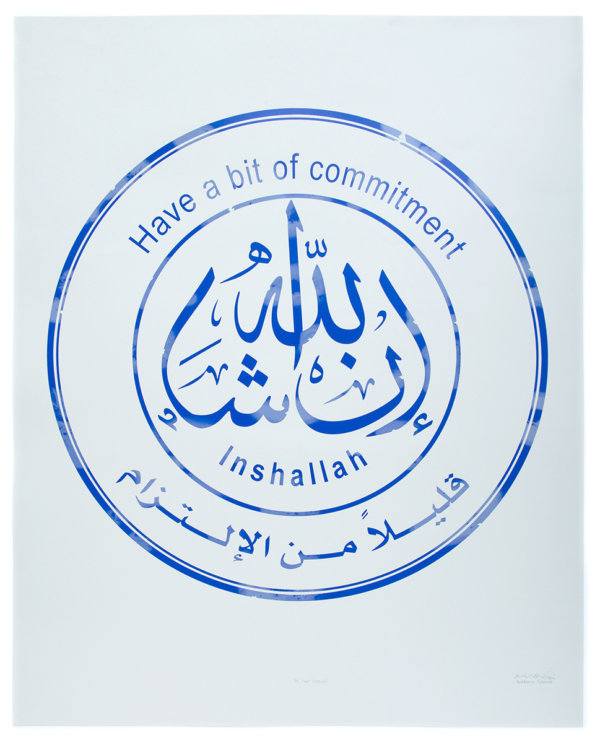 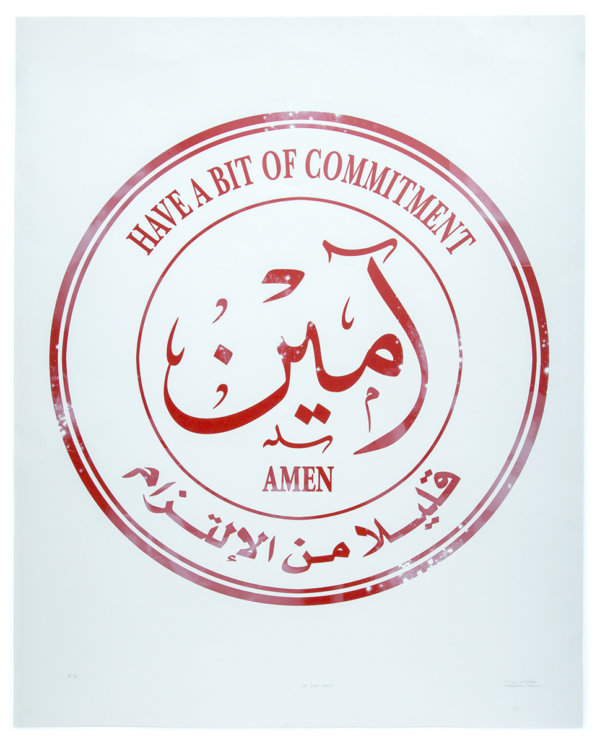 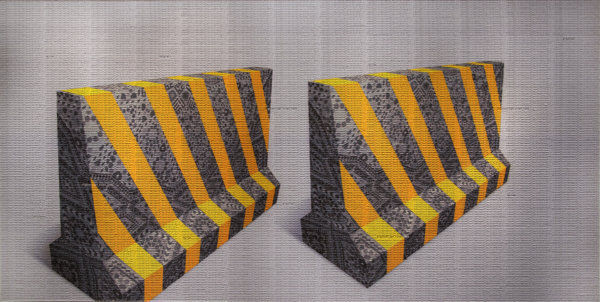 Digital print and lacquer paint on rubber stamps on aluminum.