Bates College Museum Director, Dan Mills, comments, “In America, very little is known about  contemporary Saudi art and artists. Media accounts of the Kingdom of Saudi Arabia are frighteningly predictable. With this exhibition, we have a rare opportunity to gain critical new perspectives on Saudi society and culture from a group of perceptive young artists who are challenging conventions and exploring the limits of what is possible in Saudi culture.”

The artists featured in Phantom Punch use an exciting variety of media — calligraphy, painting, sculpture, photography, video, performance, animation, and comedy — to explore topics and issues that shape the lives of Saudis throughout the Kingdom. These include the role of women and the place of foreign workers in Saudi society, the impact of oil on the Saudi  economy, the relationship between American popular culture and traditional Saudi values, and the effect of urbanization, globalization, and commercialization on Saudi cities.

Phantom Punch marked the fourth stop on a multi-city Saudi artist’s tour of the United States, and was supported by King Abdulaziz Center for World Culture (iThra). The tour, which launched in summer 2016 at the Station Museum  in Houston, Texas before traveling to Aspen, Colorado and San Francisco, California, aims to generate people-to-people dialogue and better understanding between nations. Following a run at the Bates College Museum of Art, the tour will continue to other major cities across the  country. 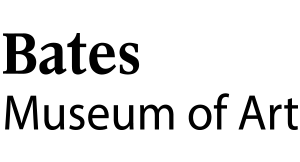