Creating contemporary art in a fiercely traditional country is hard enough; layering it with political and religious messages is brave, to say the least. But Abdulnasser Gharem, a former military man, isn’t backwards in coming forwards.

Abdulnasser Gharem runs his finger over one of the artworks that have made him the highest-selling contemporary Arab artist in the world. “Camouflage” is a Bansky-esque piece in which a tank appears to be firing a flower into the heart of a mosque. “When I made this, Saudi Arabia was negotiating with Germany to buy tanks,” he says. “So here I cover them with Islamic patterns. Governments like to convince us that we need protecting. But who, actually, is the enemy?” 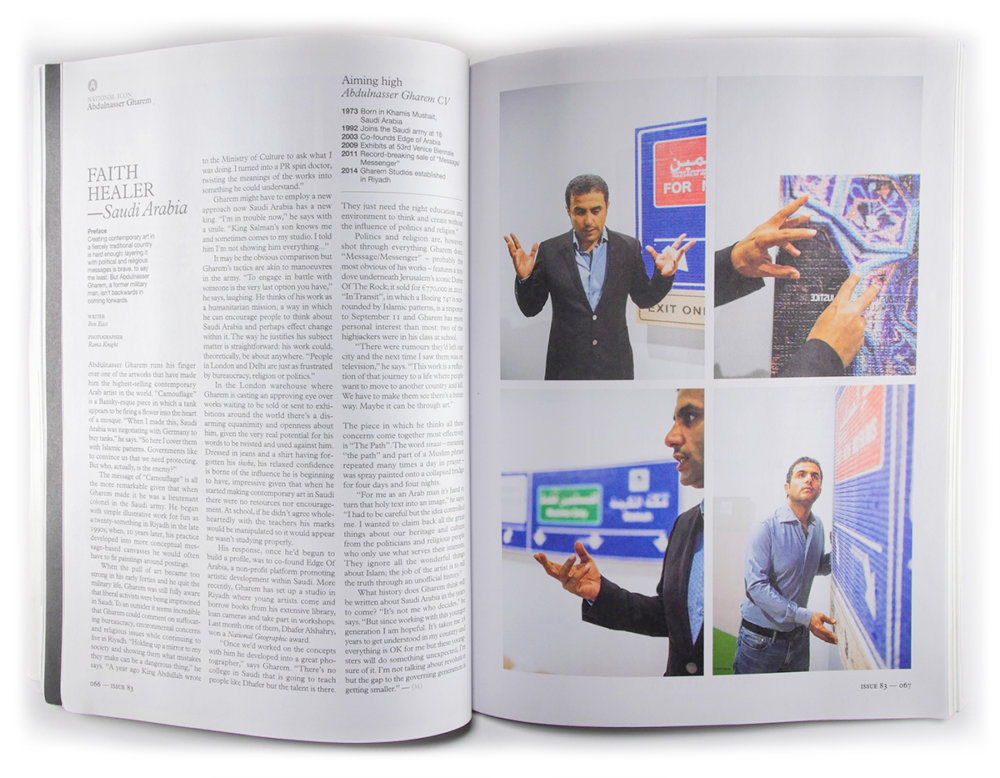