The Saudi artist Abdulnasser Gharem is known for his politically and socially engaged work that draws on his Muslim heritage. Gharem, who was until recently a lieutenant colonel in the Saudi Arabian army, opens his first US solo show at the Los Angeles County Museum of Art (Lacma) this month. The exhibition, organised with the King Abdulaziz Center for World Culture, includes 11 works, among them a new painting and sculpture, all of which were created with the 9/11 attacks on the World Trade Center in mind. Two of the hijackers were Gharem’s former classmates. He describes the attacks as a moment when “the world stood still”. We spoke with Gharem about the forthcoming show. 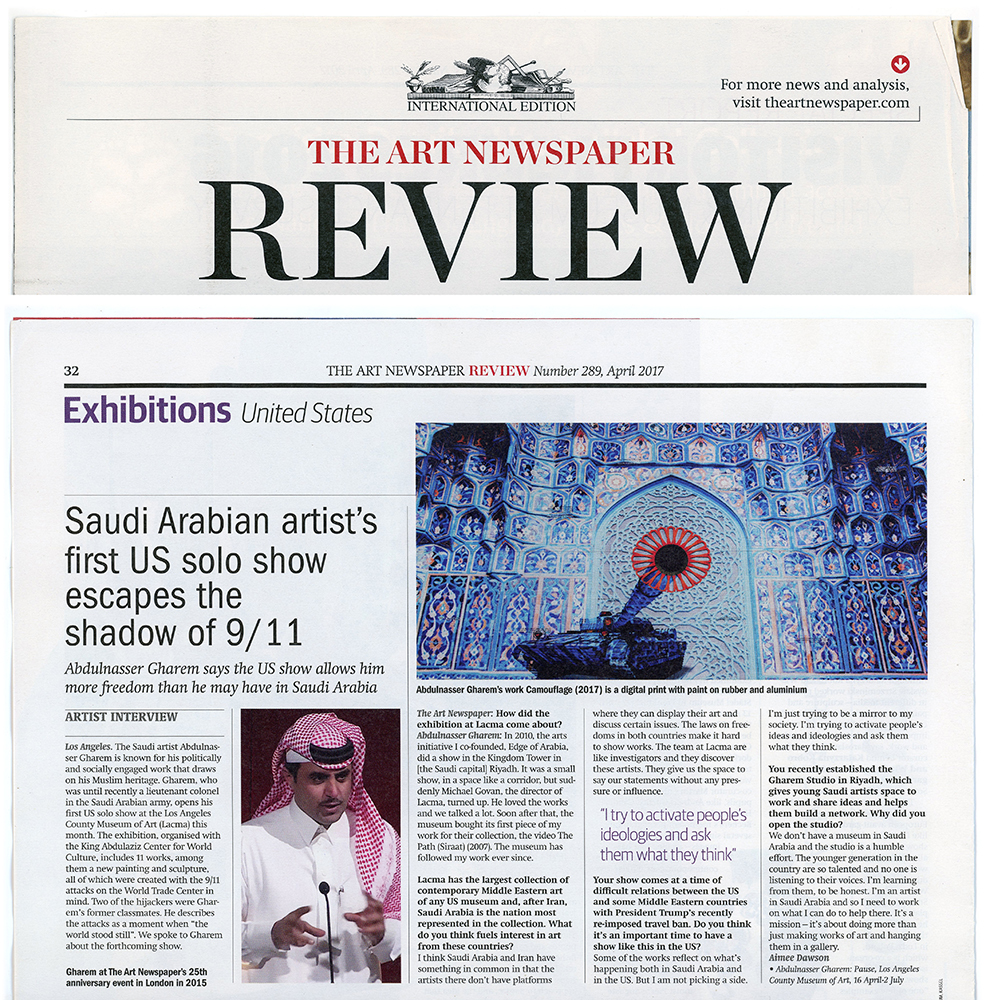