Abdulnasser Gharem is a lieutenant colonel in the Royal Saudi Arabian Armed Forces, a man who's served in his country's military for more than two decades. But Gharem's true passion lies in a decidedly less rigid field — contemporary art.

His paintings, performances and installations, which have transformed the Saudi art scene, challenge people to question the same authority he upholds in his day job. Because of his artistic critique of the Saudi government, Gharem is careful about which works he shows in his home country, and which he saves for exhibits outside its borders. He hosted his first major solo exhibition in London this past month. 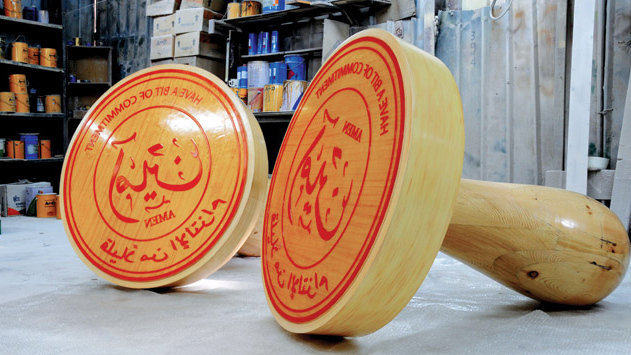