XVA Gallery is proud to announce the first major solo show by acclaimed Saudi artist,
Abdulnasser Gharem. Opening 0n 16 January, the exhibition is entitled Restored Behavior
and will showcase recent ‘stamp’ paintings, installations and photographs from a series of
site specific performances made in and around his home in southern Saudi Arabia.

Gharem is unique for a number of reasons, not least the way he combines his life as a
conceptual artist with a career in the Saudi Arabian Army. Gharem sees his studio as the
street (or wherever in the landscape he locates an artistic opportunity). Critically, he is
someone who understands the value of contingency. It’s something he positions at the heart
of his practice. Gharem is canny, clever and daring; an individual who is switched on
politically and socially. The work in this exhibition is rooted absolutely in its (and his)
geographic and social context. Gharem moves among people remixing social situations in
order to question them, playfully.

Throughout the work in this exhibition, Gharem questions our relationship and trust in the
structures and materials that surround us. In Restored Behaviour, Gharem is concerned with
our understanding of, and relationship to, concrete, the material and the premis that we
trust in ideas and structures that are presented as absolute. Concrete in this context denotes
safety and immovability. The yellow lines and signifiers in these works are identical in colour
and proportion to those you find edging the roads that spiderweb Saudi Arabia.

In his use of rubber&dash;stamps in these works, Gharem is addressing bureaucracy and the
authority of its accoutrements. As an artist whose work deals in intervention there is an
analogy here between the idea of delivering a judgment on your environment as an artist,
and the approval or disapproval implied by Gharem’s use of stamps.
Gharem believes that “Life is a kind of stamped contract since you're born. You have
religion, it's a contract, you have a wife it's a contract, between the countries there is a
contract for trading….”
Ultimately Gharem asks us about the choices we make in life; whether we, as individuals, as
cultures, as societies are following the straight path, or whether we trust in a path at all. 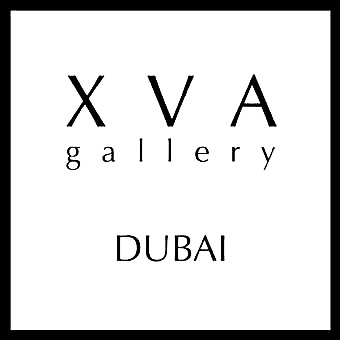 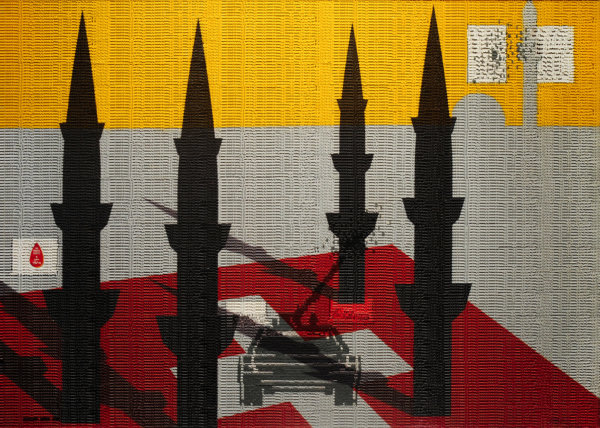 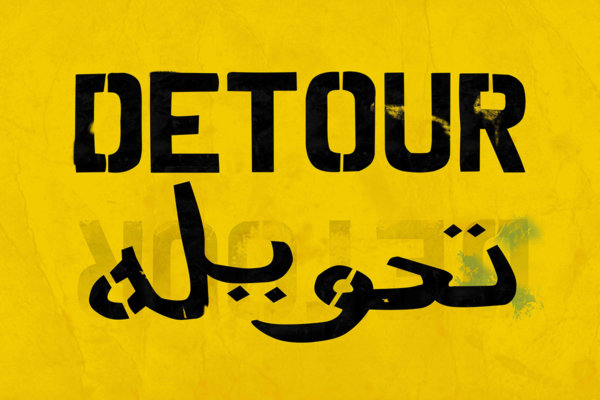 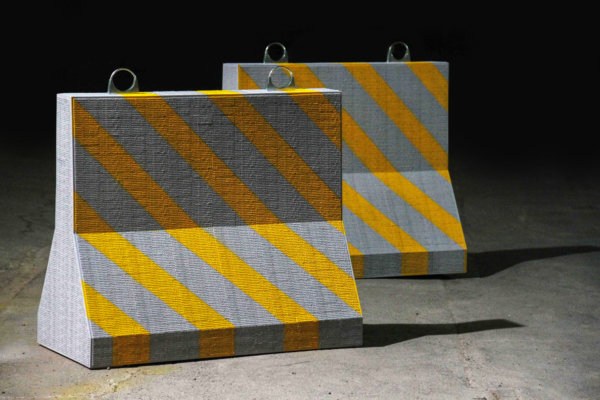